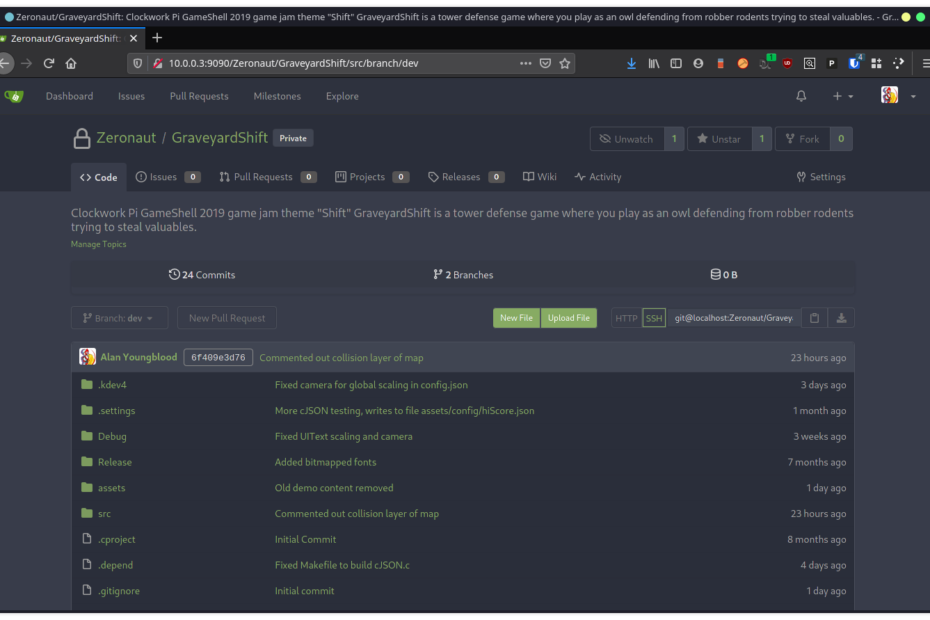 Git is it. There’s a lot of reasons for why I use Git, and I’ll go into that and the implementation that I’m doing.

Git was originally developed by none other than Linus Torvalds himself, so obviously it’s got the FOSS (Free Open Source Software) awesome sauce like linux.

I prefer using FOSS when possible due to the drawbacks inherent in proprietary systems. I’ve run into those headaches a good bit in my day job at Oak City IT. FOSS has it’s own problems – but generally when you use systems that are popular enough they remain in active development and have an active community that will help as well. Proprietary systems are mainly a pain because they are owned/controlled by someone else and thus you’ve got zero control over changes that effect your workflow. This isn’t always a deal breaker, but it also extends to control over security/privacy of your data which is rather important.

Thus the reason I switched to Linux (Manjaro) for my daily use on my work laptop. I dual boot with Windows 10 Pro, because you can’t not use it. I also have acquiesced to run only Win10Pro on my desktop, which I primarily use for gaming. I’m not strictly bashing proprietary systems, and there’s a time and place for FOSS as well. It’s just best to know each one’s strengths and leverage those. I generally hate the lack of control Microsoft has wrestled back from end-users in Windows 10, hence why I’m not such a fan. At least when something breaks or fails to work in linux I know what it is and have full control over it to fix it.

That said, I’m self hosting my git repositories because the main platform at the moment is github.com and they’re now owned by Microsoft. It’s also much more cost-effective to self host. I’ve paid for a server hardware that’s a RockPro64 with server/NAS case and two 6 TB drives. It’s running Debian for Arm64 with OpenMediaVault, and Docker Containers for Gitea and Nextcloud.