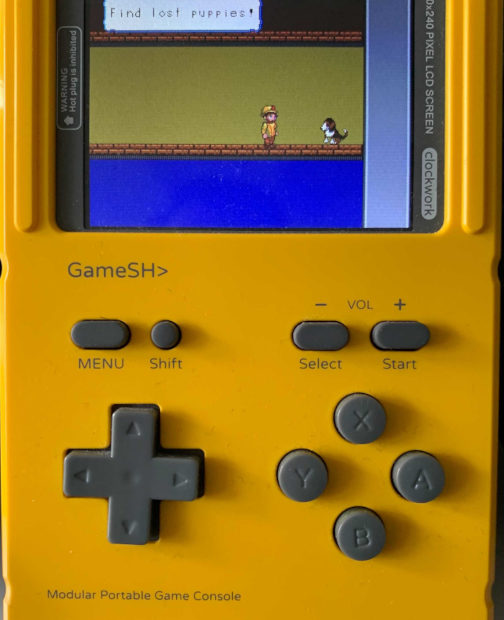 Now with Online only!

The Global Game Jam is always good fun and a great place to learn and try out new ideas. I’ve been doing these since around 2010 and these game jams have lead to introductions that became partnerships and hires on projects. Since I’ve gone “full-indie” (A.K.A. I have a different career for my day job) I do game dev as a real hobby job – that is I’m free (as in freedom) from any financial concerns in my game dev projects. My goals have changed a bit and it’s freed me up to do things like what my friend Nic suggested in making my own game engine. I’m pretty sure even then I told him at the time he was crazy but he showed me the 3D Engine that he was already well into development himself. Eventually I caved and decided to make my own 2D Game Engine built on SDL2 with C++ and typically speaking, the least possible other tech stack/libraries.

Ultimately the driving factor that nudged me to making my own engine despite years of having my own ambitions drive home the message of “don’t re-invent the wheel” was the ClockworkPi GameShell.

Though it wasn’t simply the ClockworkPi GameShell, or CPi, that is the only case. It just happens to be salient to me. The point was there’s a lot of devices out there that could run games but currently don’t. Well, that’s an easy problem for game developers like me, right? Think again. Using existing game engines just doesn’t always work. And there’s little reason for them to do so. The CPi runs Debian linux and no GUI desktop. It’s a Single Board Computer, SBC, and has relatively low specs by most modern standards, though it’s still fully capable of running up to Playstation One level games. There’s also a lot of Raspberry Pi devices out in the wild, many of which are very similar in terms of system specs to this handheld GameShell. And then comes the other benefit of developing on these embedded system platforms: the games can easily scale up and run on literally anything else. The closest bet for an existing engine to run on these platforms is using Godot, but I tried that for a while and had inconsistent results. I could do it, but there were too many caveats to get it to work whenever a version changed.

Well around a year after making the decision to make my own game engine, I took the plunge and have something close to ready to use. Obviously I wanted to test it out by making a real game, so that was a big qualifier for any project I would work on. This year’s theme was “Lost and Found” and I wanted to settle on a concept simple enough to have a shot at a scope I could actually make something for. And I did, though not as much. I ended up working with a friend from last year, Simon, who is a big fan of beagles, and I thought a good theme-matching game would be a platformer rescuing puppies.

I’ll post some more about the actual development as this week continues, but for now I wanted to introduce the project while it’s first phase of development is still fresh in my mind, and there’s a moment of rest at my day job after having resolved some urgent challenges.

The project was not finished to my personal goals though I submitted an executable with what I had made working over the weekend, more to be continued…