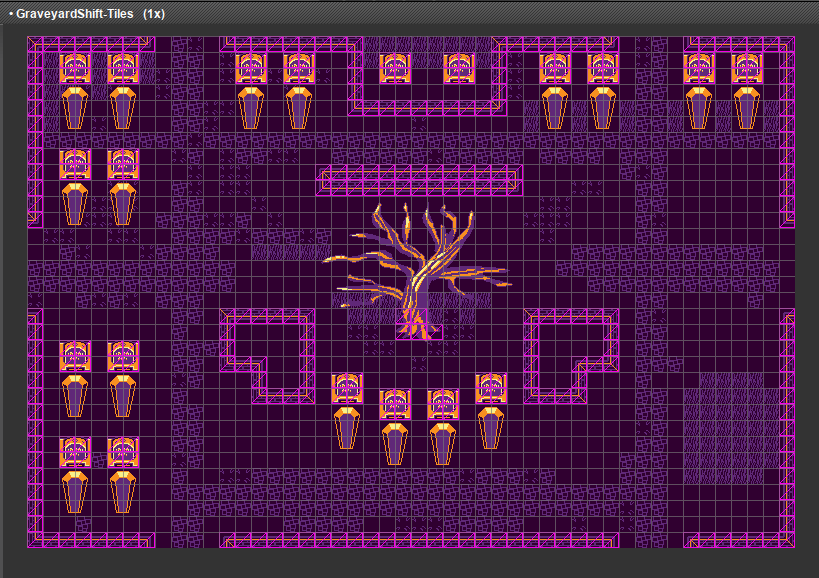 After fixing the build process I’ve been spending some time making sure the existing features don’t break and work correctly with the scaling feature.

I’ve merged the git repo from the engine with a new one I created for a game jam project from the past that has mostly been just an idea. This was all quite easy with the tools that I’ve setup, more on that process in Version Control. If you have a company that is looking for a better version control system, or devOps work to make your workflow more efficient, check out my day job company https://oakcityit.net.

Swapping the UI was as easy as copying in the texture files and setting the correct values for the 9 slice boxes:

But wouldn’t you know it, there’s some issue that comes up when building on the target device ClockworkPi GameShell.

It seems the first tile in the tilemap texture wants to draw everywhere. The texture itself isn’t causing a problem because when swapped it does the same thing. So this is providing the opportunity for me to redo the tile mapping feature to among other things: use a .json file instead of the streamlined custom .map file, allow several layers and specify what they are by name, and use frame animation on tiles.

The level is shaping up well in the design, now to get the engine ready for all this: